I have a question, I was going through the chat app course and it uses Figma for the design of it but for my app that I am creating I used Sketch so I was wondering do the same rules apply for adding a screen/navigation stuff on Xcode

What exactly do you mean?

Never mind, i’ll continue watching the foundations video and work through it myself

While I was going through the foundations’ video for the recipe app, the way that screen goes to another screen is a little different than my app because with mine, the next button will take the customer through the app, so I was wondering how I can add multiple screens with a simple next button?

Are these multiple screens you want to show something like giving the customer a tour of the App as in a demonstration of what the App can do? 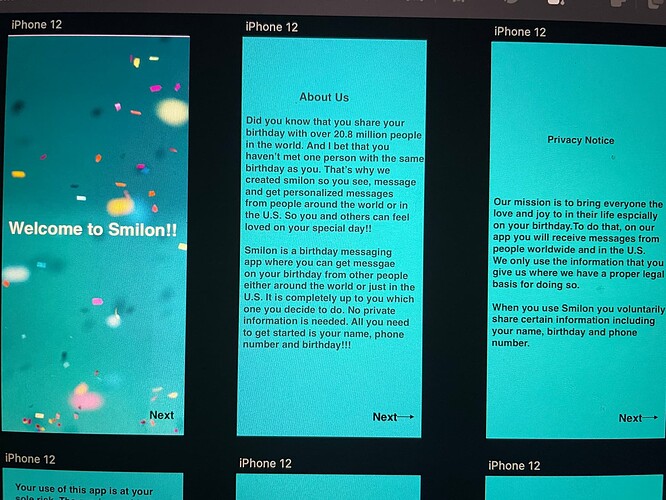 That process looks exactly like it is done in the Chat App “On Boarding” sequence so you could adapt that to suit your App.

I was following the steps exactly how it is in the Chat App “Onboarding sequence” and I got an error message. Or if I can personally message someone to help me whenever I need it would be good too?
import SwiftUI 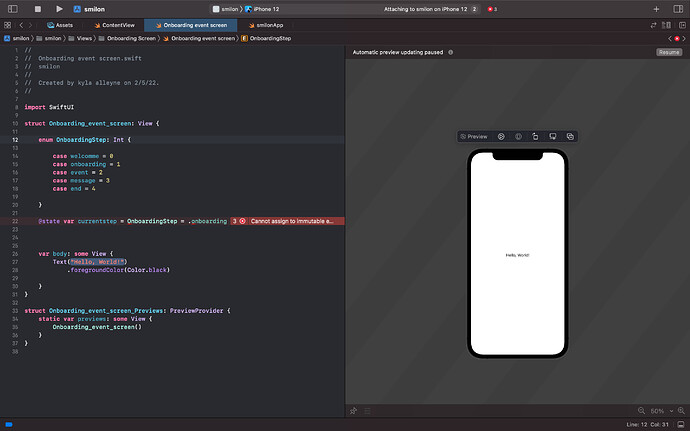 Place the enum declaration outside of the struct Onboarding_event_screen.

Also a point to note is that you should name your structs using Capitalised words and no underscores between them. ie, refactor it to be OnboardingEventScreen.

Now it’s saying that it cannot find ‘OnboardingScreen’ in scope

Please show a screenshot of the View in which that error is displayed.

And Im sorry for all the questions, I don’t know why things are not working for me

That appears to be the same screenshot that you posted earlier which I replied to suggesting that you take the enum declaration out of the struct etc. See post number 9 above.

And I did, I copied and pasted the screenshot that you sent me in post 9 and this is what happened

You should be able to leave the OnboardingStep enum where it is.

That didn’t work either

That didn’t work either

What does that mean?

Now it’s saying that it cannot find ‘OnboardingScreen’ in scope

There is nothing called OnboardingScreen in the code screenshots you’ve posted.

Please post your exact code and a current screenshot.

This makes it far easier to read and also makes it easier for other posters to copy/paste the code in order to test solutions and such. 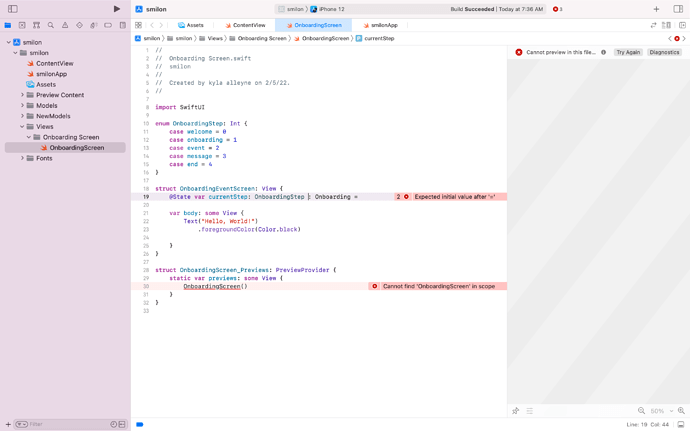 Two issues with your code (and one with your post):

Not to be rude about it or anything but I’m not quite sure how you got to that from the suggestion I posted above; they aren’t the same so of course it won’t work.

Also, you don’t actually assign a value, since you put nothing after the =

Yes, and thank you it worked. That was my bad,
i’m sorry