Why there’s always a SIG-TEARM? 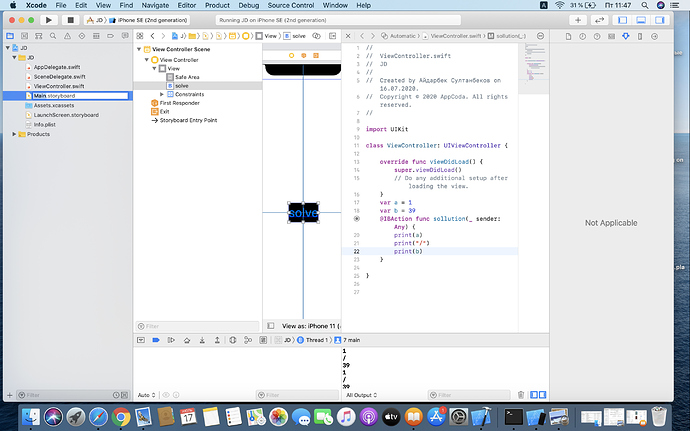 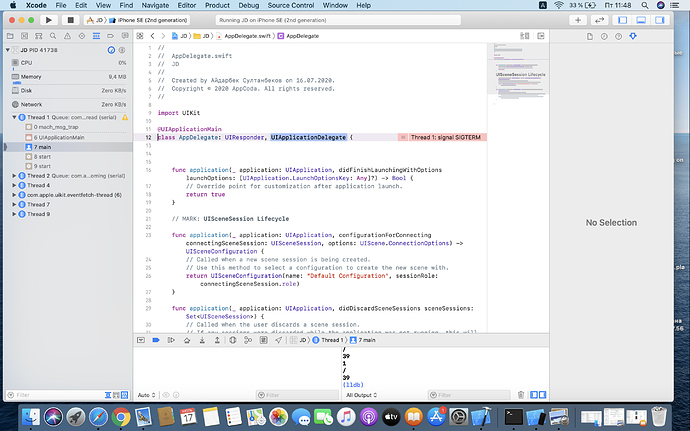 Generally caused by a break in the connection of an Outlet in your Storyboard and the associated ViewController. This can occur after the connection is created and then you discover a spelling mistake so the temptation is just to type over the name in the ViewController.swift file code and expect that to work. It won’t.

There are two ways to fix it. 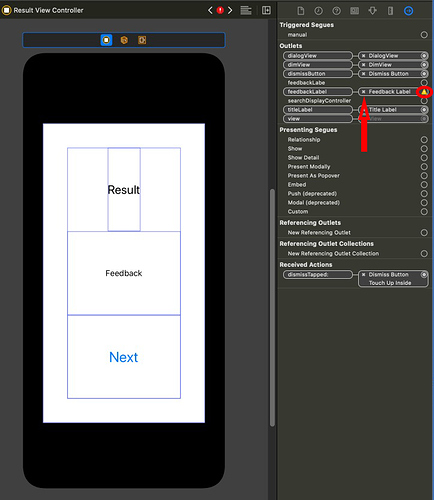 Tap on the little x to the left (as per the arrow indicated) and that connection is removed. Recreate the Outlet in the same manner that you would have originally and spell it the way you want.

The simplest way to correct any spelling errors is to go to your ViewController.swift file and right click on the Outlet name and from the popup menu select Refactor > Rename. 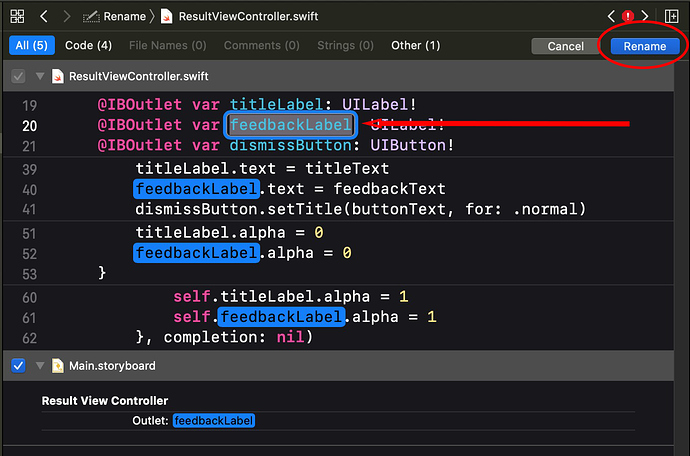 I have no IBOutlet properties in my project. What can I do then?

The same problem can occur with IBAction connections too but in this case it looks like your button is doing something as you have output in your console window after taping the SOLVE button.

At what point when you run the program do you get the SIGTERM? Is it after you tap the button repeatedly? SIGTERM means that the Application has crashed.

What messages are being printed in the Console window at the time the crash occurs?

Now I have another problem. 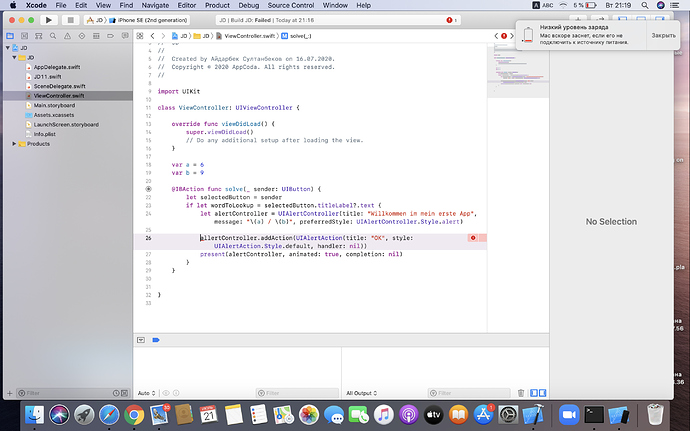 What does the error message say?

Use of unresolved identifier ‘alertController’. And what does it mean?

Check again. I think you’ll find it says “allertController”. That error message means you are trying to use a variable that you have never declared.