I have been working on this problem for 3-4 days and I can’t find the solution.

I can’t declare the variable and I need help to know how I can do it. 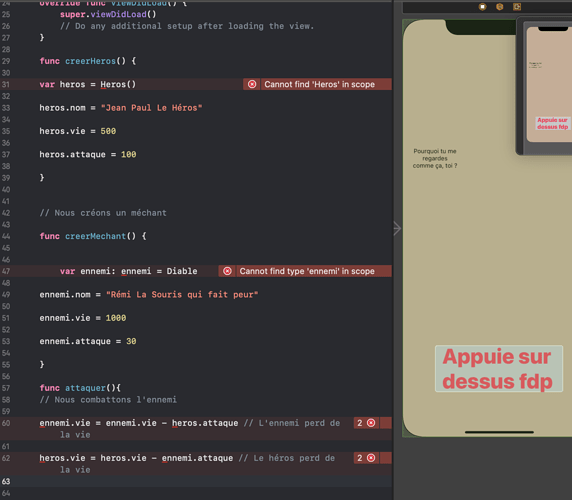 Welcome to the community.

Where have you declared Heros? (Où avez-vous déclaré “Héros” ?)

I assume that Heros is either a struct or a class but Xcode is not aware of it. (Je suppose que ‘Heros’ est soit un ‘struct’ soit une ‘class’ mais Xcode n’en est pas conscient.)

(edit) Can you include a link to the tutorial please?

On the tuto that I continue is the chapter for functions but the code that gives us to ‘‘test’’ does not work.

And the ''var enemy = Devil() / is not a declaration of variable

The site is in French so sorry 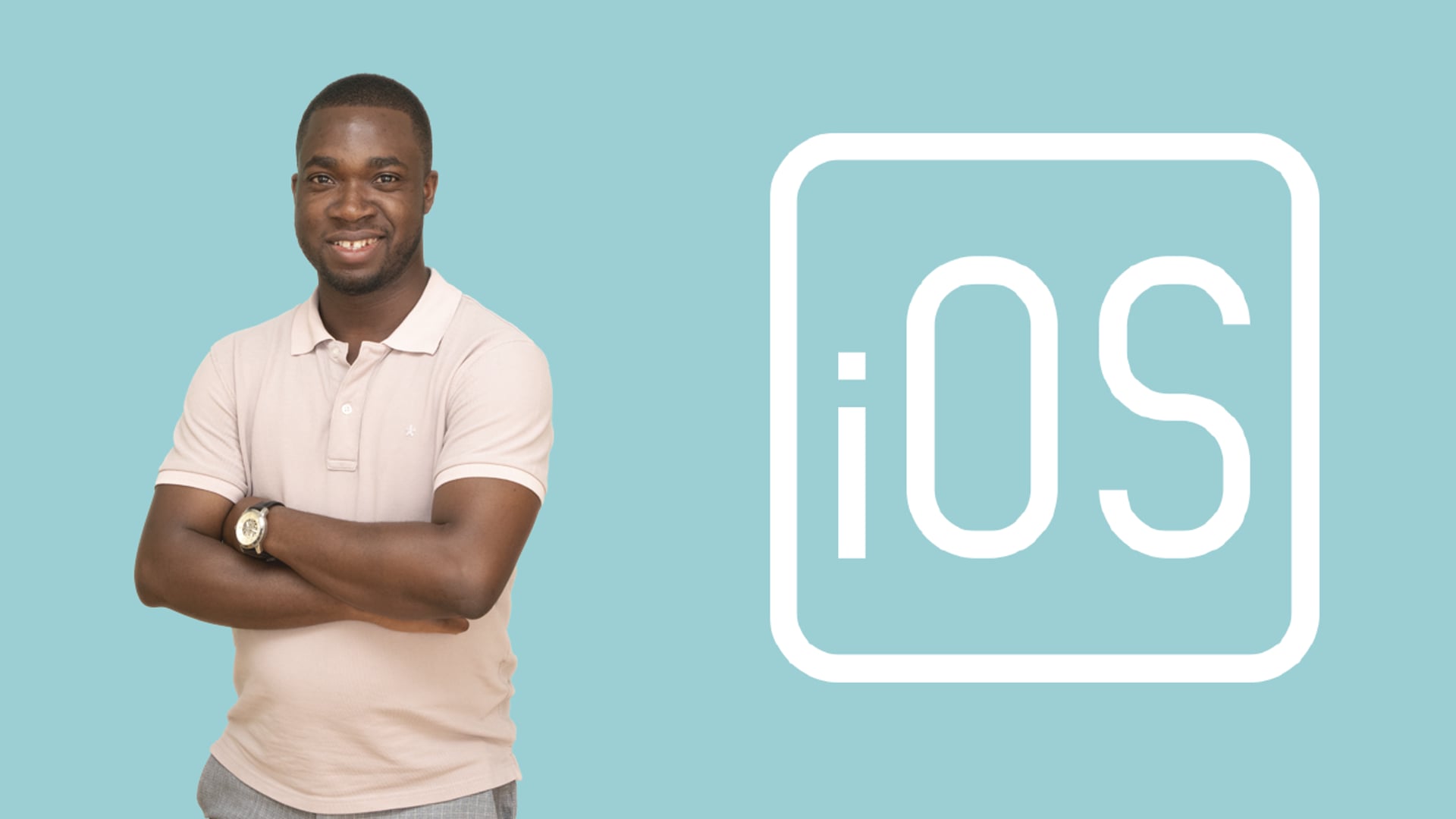 Without the definition of Heros or Diable the code will not work which is a little disappointing. Does it look like there are parts of the course that are missing?

Thank you for your answer, I don’t know if there are parts of the course missing but according to my trainer, it is a course that is a little dated so it is possible that because of the updates the ‘‘site’’ is no longer 100% certifiable in short.

Hm so I see you always have to declare your variable according to its type before using it, if I understand correctly?

Thanks a lot for your help so far! 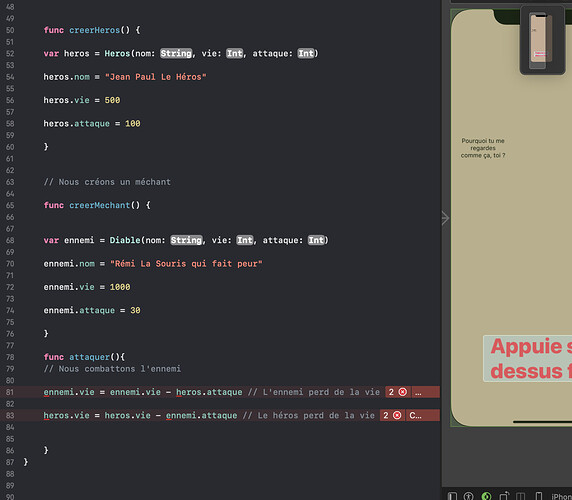 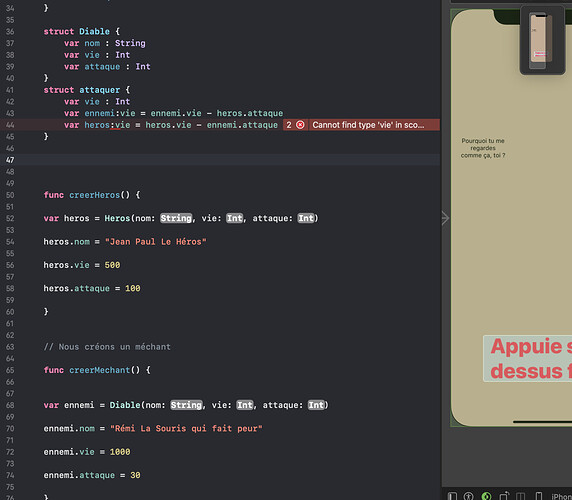 I also send you the screen of this part, it will be easier to understand

it is a course that is a little dated so it is possible that because of the updates the ‘‘site’’ is no longer 100% certifiable in short.

I think this is the problem. The game seems to be incomplete in the tutorial. I don’t understand French very much but using Google Translate it looks like what he is trying to explain is how functions can make things easier especially if you want to attack many times. You just call an attacker… function which changes the property values in heros or ennemi

I hope that helps.