Trying to download Xcode for the 3rd time using a rented iMac mini on MacStadium and it seems to be taking hours upon hours to download. Does anyone know how long it usually takes to download and install?

It can take a while because Xcode is like 30GB.

it depends on your internet connection .
but i guess for your mac mini it may takes above 3 hours and half

I would have thought that MacStadium would have an optical fibre connection to their data centre since they have racks and racks of Mac Mini’s set up to be a remote Mac for anyone who wants a Mac. To get an idea of how many they have just look at this frame grab from their promo video. As you can see, there are hundreds of them in racks. 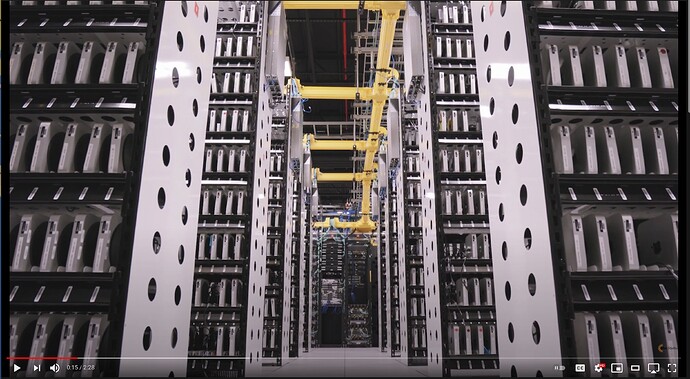 The current version of Xcode 12.5 is 11.79Gb from the Developer download section so I would have thought that it would be pretty quick to download. It took 17 minutes to download onto my Mac here.

For that installation to take hours just beggars belief. I would be contacting them to ask what is going on.

(edit) On the basic plan of $59 (AU) per month you get 1GB/s bandwidth. That’s 4 times faster than my internet access. 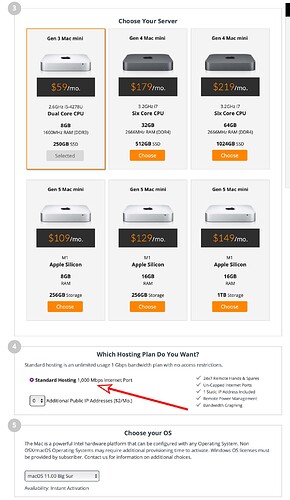 Thanks for the replies. It might be a connection issue or an issue with the Mac Mini itself. I tried downloading for over 7 hours and gave up. put my computer to sleep but left the mac mini running all night and it was still spinning. I also tried downloading a 25MB app and it was spinning as well. I have support looking into it. Might be a problem on their end. I also have an issue where the computer is not showing me signed in to my iCloud account but my Apple ID shows the mac mini in my devices list.

I got a reply from tech support.

“There is a known bug in some instances of macOS that can cause this type of issue App Store.
You can attempt to create a new Apple ID which should alleviate the download issue once signed in.”

I made a new account and it’s still not working. Will update with what they come up with as a solution.