I can't understand what this error means 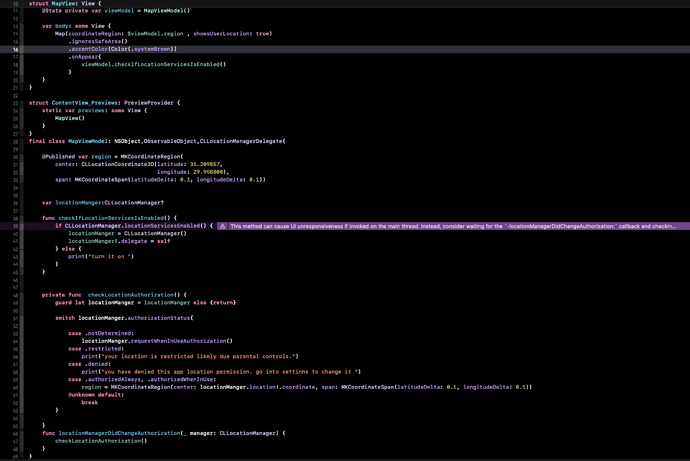 Why not declare the locationManager as follows:

rather than making it optional and then have an override init() method to set the delegate.

Then put this code:

and get rid of the function

Done…
but nothing changed

Ah sorry. Making those changes means that there is no need for the function:

since locationManager is no longer Optional.