id/UUID() Unable To Be Assigned

Hi! Thank you for reading this. I was trying to refresh my skills on using Lists and creating a very basic app with the name of my school teachers as a list. So the first step I did was create a model, and then realized I needed to assign an ID to each of the values in my array. Although, when I tried to assign an id, it told me “Cannot assign to property: r is a let constant” (with r being the value I used in my for-in loop).

I attached a screenshot below, any help is greatly appreciated! Thank you, have a nice day 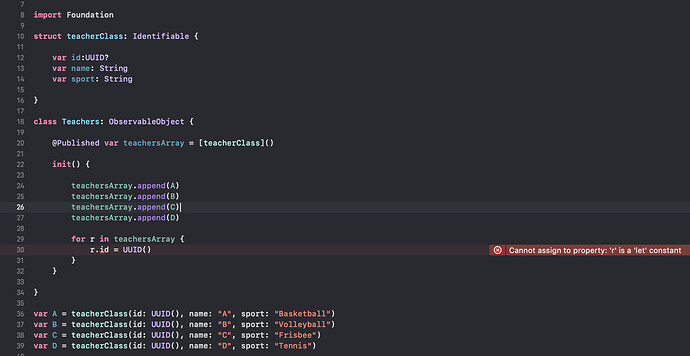 Put that in the model, rather than var id: UUID?

Oh I see! Alright, thank you!