I want to decode the following JSON into a list of Swift structs. However, I’m running into an issue, where I don’t know how to properly decode the items. For each move, many people might have many different items to move. There is no set amount of items. I want to use a boolean to keep track of whether/ not each item was moved, but am not sure how to decode it. How do I properly decode this?

Thanks for taking a stab at this.

What you have would work perfectly fine.

Ah, well this is slightly embarrassing! The code in my project had the items as a list in key/ value pairs, like this:

In essence, it wasn’t valid JSON like what I wrote here. I wish Xcode could flag invalid JSON data, before executing it, and running into a problem.

The items will come from 12 different configurations, which will fill out my View code, where a person can tap whether/ not the item was moved.

Order does not matter.

It would be the second, Red Stand

Only items not moved yet. However, in the end, I would want to keep track of multiple different clients with multiple move jobs. So I plan to load a base JSON configuration into the View code, then save the changed list of items for that move job into Firebase down the road. So some clients could have certain items moved, while others would not.

Thanks for taking a shot at this as well! I considered that structure, but didn’t like it. I didn’t like having a list of dictionaries, but preferred to have a list of key/ value pairs, or in this case a set of keys, where each key name represented the name of the item, whereas the value represented, whether/ not the item was moved.

@RedFox1 Based on your answers to my questions, have you considered just using an array for items since it sounds like you will only be listing the items that have not moved? I would even consider using a Set instead of Array in your Swift struct not because of the possibility of duplicates but because lookups are faster in a Set. Although with only a dozen possible values, it probably doesn’t matter all that much.

Otherwise, I think using a [String: Bool] is your best bet. It should be possible to use an enum as the key, like [MovableItem: Bool] (or whatever you call your enum of items) but it might be more trouble than it’s worth to implement.

Hey @roosterboy appreciate all the help with this! Looks like my current setup introduces some weirdness. I was going off of the Learning App’s example, but in my app, it runs into problems…

The end goal with this short demo app is to come up with a way to create Views dynamically based on JSON configurations. So I can have a list of questions, then update those questions via a JSON file without the need to re-publish the app/ get users to update it. The app will download the list of questions, then convert that into Swift objects, and be able to save the responses in Firebase.

Hence, I came up with this little challenge with keeping track of items for a moving company. However, I’m running into an index out of range, when I update one of the client’s jobs, and go back to it:

Here’s the link to my GitHub repo: 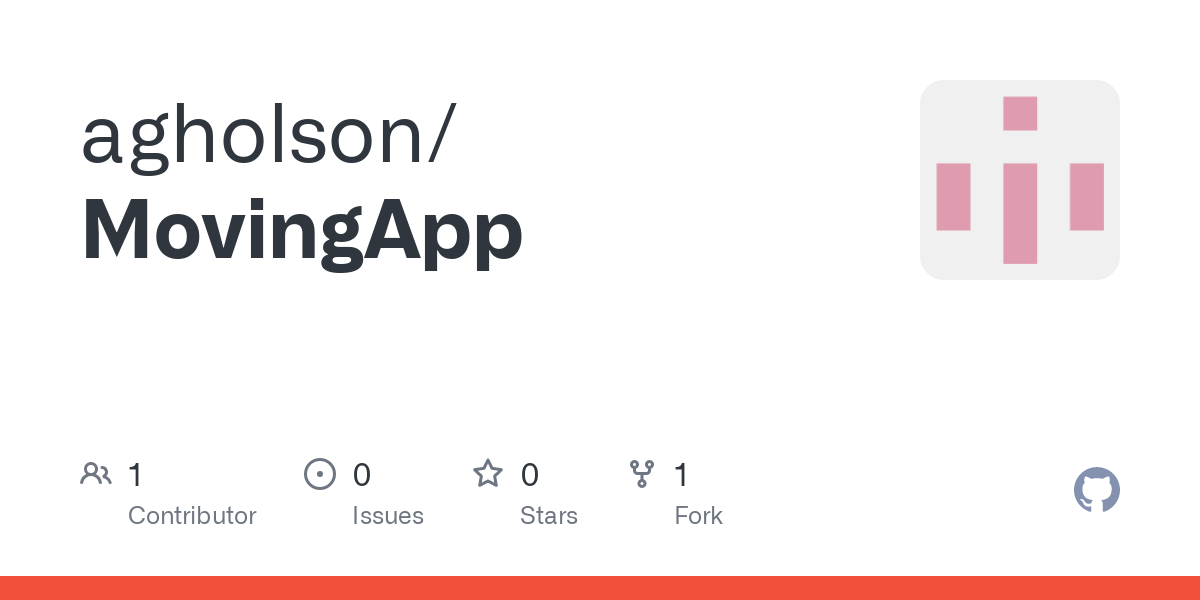 Contribute to agholson/MovingApp development by creating an account on GitHub.

The View code to display all the clients:

The code to display the job in detail:

In JobDetail, the issue is this line:

The initializer on ForEach that is being used here is this one:

That’s becaise keys.indices returns a Range<Int>. Unfortunately, as the docs for this init tell us:

Creates an instance that computes views on demand over a given constant range.

With those last two words being the most important. You’ll notice if you look at George’s details first, then Mary’s, there will be no crash but you will only see 2 of Mary’s items. That’s because George only has 2 items and since the ForEach is constant, it believes that whatever it’s looping through will only have 2 items.

However, keys and values have been recalculated now and keys.indices.count == 5 so when you try to display George—who only has 2 items—again…crash!

Same thing happens if you look at Mary first then try to look at George.

There are two things you could do to fix this issue:

This will cause SwiftUI to use a different initializer on ForEach and the range that it loops through will be dynamic each time rather than constant.

Personally, I would not recommend this solution. It’s easiest, for sure, but it also ties each item’s id to its index in the keys array, which doesn’t work well if the array can have items added or removed. You could end up with a situation where you replace the item at, say, index 1 but because index 1 is the same as index 1, SwiftUI won’t recognize that the item stored at that index has changed and won’t re-render your new content to the screen.

@roosterboy thanks so much for this detailed response! I wouldn’t understand those docs myself without your explanations either. Amazing you even tracked down why it crashed between the two! I wanted to implement your recommended solution, but couldn’t figure out how to get it to work. How would I structure a Set differently to store the values?

@RedFox1 I can certainly use your github project to demonstrate what I mean, but it might be tomorrow before I can finish and get back to you.

Thanks @roosterboy! That would be great.

Otherwise, I got your method one working. It seems to work well, except if I have a long list of items, SwiftUI will not change the color of the button tapped. I will have to go back to the main page, then to that page again, in order to see the colors of the buttons changed (indicating in green it was moved; or red it was not). It works fine for two items or a few items, but more than that, it doesn’t work out. So I’m hoping to learn your method two.

You’re the best! Appreciate all this help

Sorry, took me longer than I expected due to external interferences.

So I’ve forked your sample project and made some changes to it. You can find it here. I think the code should be commented enough to make it clear what I’ve done and why. If not, you know what to do!

Awesome, thanks so much Patrick!!! Appreciate you taking the time to do all this. You’re very generous, and I love comments! I find many developers comment too little, so appreciate that.

Hey @roosterboy thanks again for taking the time to fork that!

However, I don’t like how the Views re-draw after every press. Also, I’d like people to be able to change it back to red, if they accidentally pressed it, so will work on that.

Thanks so much for this!

Also, I’d like people to be able to change it back to red, if they accidentally pressed it

Hmm, it should toggle back and forth between the two every time you click. I may have messed something up. Let me figure it out and get back to you.

Okay, it’s because I tried to get fancy and use a custom ButtonStyle instead of applying the styling directly to the Buttons using modifiers. Fixed it now. The buttons toggle back and forth as you click on them.

Amazing! You’re the best - can’t wait to try this out…

Okay, it’s because I tried to get fancy and use a custom ButtonStyle instead of applying the styling directly to the Button s using modifiers. Fixed it now. The buttons toggle back and forth as you click on them.

Ugh that’s too bad. I was impressed by that section of code; I liked the use of the modifier with .modifierName (I can’t remember the exact name, but hope that gets across the point)