Hello, I am new here and also to Xcode. I have been watching Chris’s video for beginners and I am confused on an issue. I have installed Xcode version 12.4 and I am following along with chris and the video. So the part I am confused about is when chris goes to the navagational area of the tool bar and shows the 3 inspectors buttons on the top right hand side. My problem is I don’t have those 3 buttons and cannot find anyway to have them show. The 4th button in this are indicates a click to hide or show the other three navagational, but clicking that button does not show the other 3.

So can someone help me in this problem as I am at a loss to figure out how to make them show.

Thanks for any help,

Can you post a screenshot of your Xcode window that you are seeing. Use the built in screenshot App to capture the entire window. Shift + Command + 5 will allow you to select a window.

When you first open Xcode to create a project it will default to using the SwiftUI interface type. If you are following a UIKit (storyboard) tutorial then you need to choose Storyboard as the interface type so that the project is set up correctly and that determines how Xcode will behave.

Hello Chris, Thank you for responding, I appreciate it.

Being New here I may may mistakes in responding to these messages, so please be patient with me.

I took a screen shot below of the test application in Xcode and I hope you get to see it. 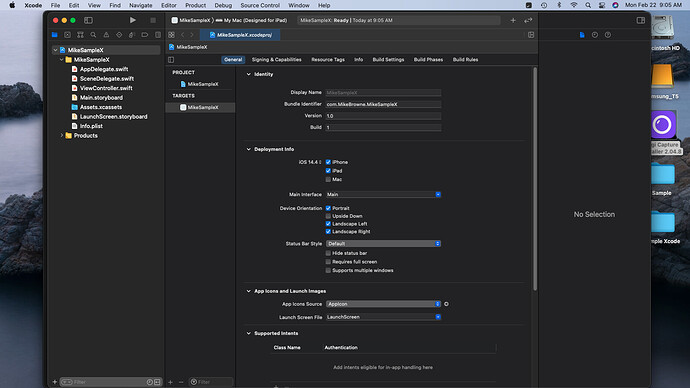 I believe that I setup the project correctly as I was following the Xcode Tutorial for Beginners ( using the new Xcode 11 ) by Chris. The only difference I can see is that the version I downloaded is Xcode 12.4.

So I hope you can help in respect to the missing Navigational buttons.

Can you share a link to the video you are watching? Did you subscribe to Code With Chris Plus or are you watching some of his free videos on his YouTube channel?

No I have not subscribed to Code with Chris Plus, the pic I sent you is from the YouTube channel which must be one of his free videos.

OK that series is using Xcode 11 and there are some subtle differences with the Xcode 12 interface as you have noticed but all of the functionality is still there. For example where Chris Ching is showing you this Xcode 11 screen and referring to the top right 3 icons like this: 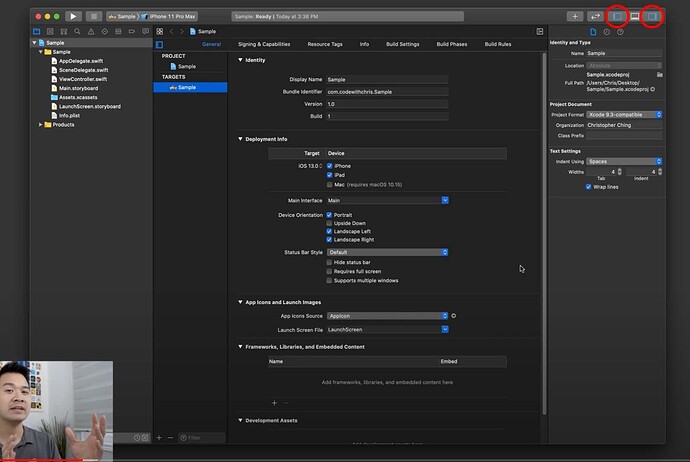 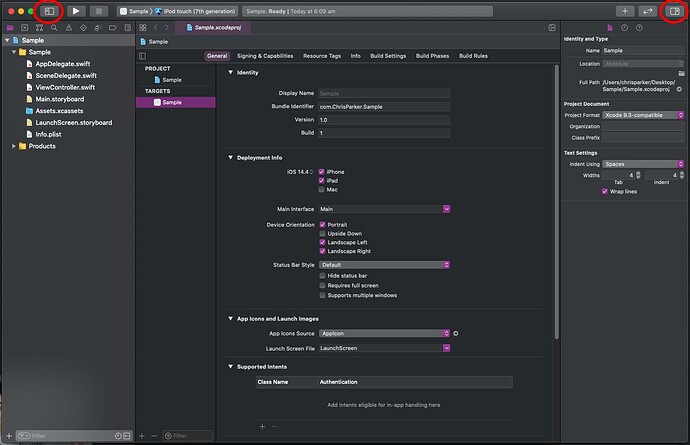 So yes, Apple moved them. The button in the middle of those 3 (which was to activate the debugging console) has been removed but to get that window open you can press Shift + Command + C.

The other two buttons - the one with the + and the other with the two opposing arrows are the same.

When you initially created your example project you would have also noticed some differences with the opening Application platform selection screen. Xcode 11 looks like this: 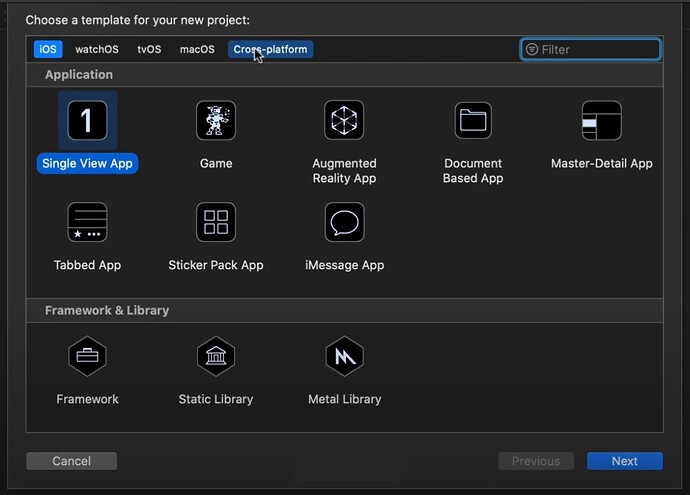 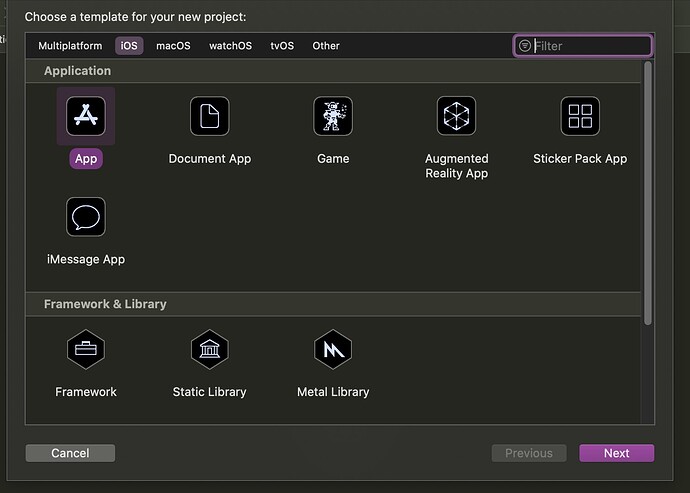 Chris refers to building a single view App so in Xcode 12 you make sure that you select iOS as the platform and select the App icon as the Application type that you want to build. 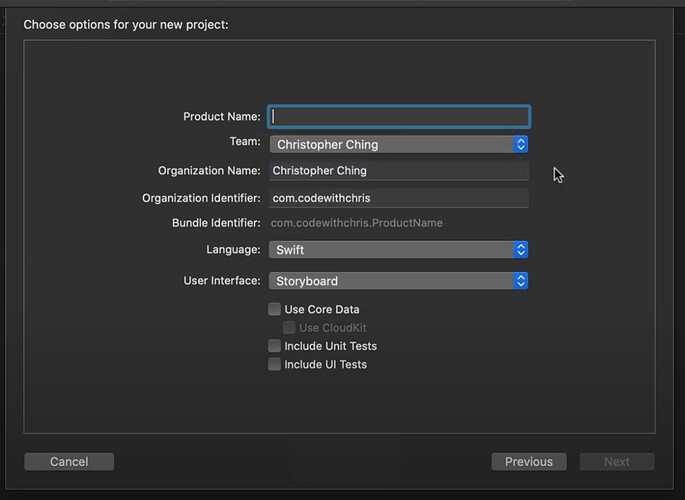 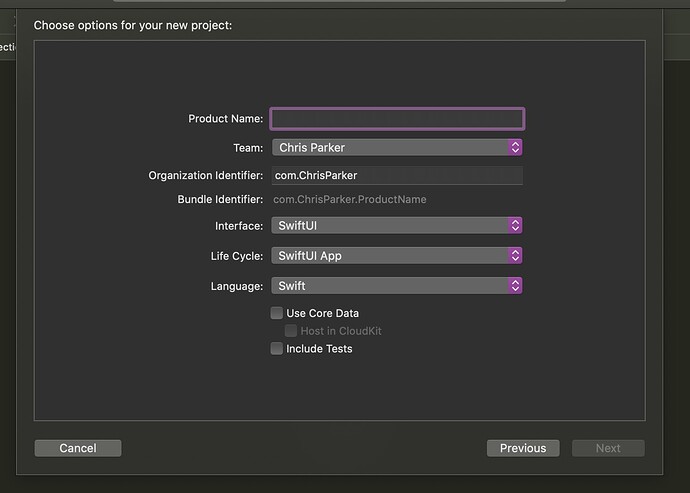 The key to this is that for a Storyboard (or UIKit) project, which is the subject of the tutorial you are watching, you change the “Interface” option to Storyboard and I see you’ve got that part sorted out because the files on the left hand project navigator panel in your earlier screenshot match with what I would have expected to see.