Hi all . I am new to swift or app development . Please help me if i am understanding the following properly .

if i change the
@State private var image: Image? to UIImage?
I cannot use the following code in SwiftUI
image?
.resizable()
.frame(width: 150, height: 150)
.padding()

How should i address this .

I would advise against directly saving the image in CoreData. Images are BLOBs (Binary Large Objects), and its size can vary to less than a Megabyte (MB) to a few tens or hundreds of Megabytes (MB).

What I would suggest is to write the image to disk using FileManager, and store the file’s URL in CoreData instead of the actual file itself.

Basically, you’ll use FileManager to access the documents folder of your app, and use it to store your blobs. In CoreData, you’ll save the URL as a reference to the files/images you save on disk. This way, you won’t face attribute size limit issues since you won’t be storing any blobs directly in your SQLite database.

You’ll still need to encode your image as Data when you write it to disk, so the mechanism of encoding and decoding from Data into UIImage and vice versa should be the same.

If you need the code on how to do this, I found a solution which is very similar in StackOverflow: 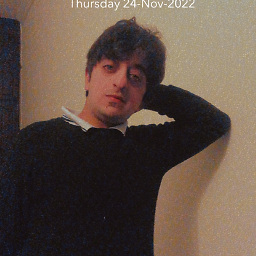 how to save uiimage into core data as pngdata

If you need to show your UIImage as an Image in SwiftUI, you can use: