Okay so I’m very new to coding and currently trying to build my first app! I’ve managed to create the entire UI (it’s only a 2 screen app with a tab bar for navigation between the two screens).

Now the point of the app is to generate and call out a random number, however there are a few parameters that I want the user to be able to set in order to change the way the app calls out these numbers. These are:

The problem I’m having is that I have no idea where to start with regards to the code. Do I need to make a separate class for each parameter or can I make a function for each in the view controller? I can figure out the smaller stuff, I just need a bit of help with the groundwork I guess you can say. Any help would be greatly appreciated! 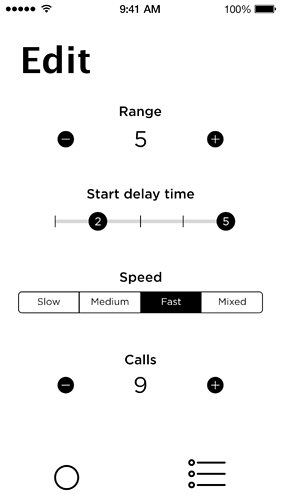