I’m happy to see that the community app challenges are back. And the current one is a nice project, so let’s get it started!

Hey CodeCrew, On behalf of the CodeWithChris team, I’d like to announce that after more than a year of hiatus, we’re bringing back the Community App Challenge! We figured that we’d do things differently this time around to make it more engaging for all of our community members. And one of the major changes we’ve implemented is that the challenge will consist of 3 different levels to cater to beginner, intermediate, and advanced coders. That said, this month’s App Challenge will be about a Car…

Here are my initial thoughts:

Let’s recap the requirements (slightly modified to fit my app) and stages: 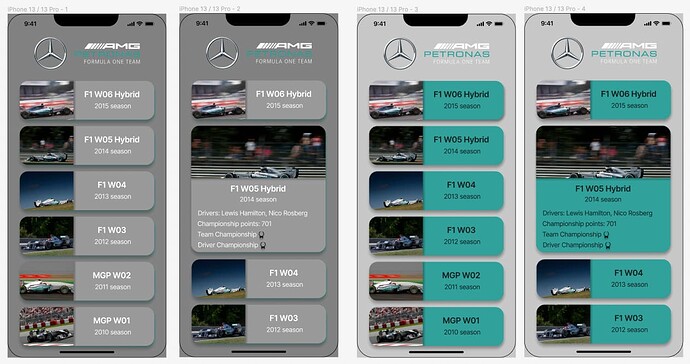 Colors look good on my MacBook, but a little bit dull on my external Acer Display. May change the font type to be more aligned with the logo font style.

Hey, how is everyone doing? I was on vacation and on a business trip and couldn’t find a lot of time to work on my app 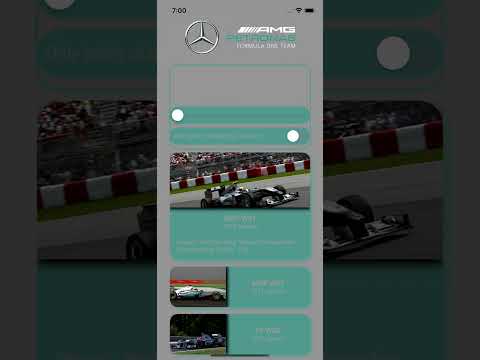 Stage Gold: - Data from JSON file - Every season is presented in their own card, showing basic data - Simple list of cardsStage Platinum: - Cards can be expa...

(As the video is from the simulator, the shape of the iPhone is not shown, so here a two pictures in dark/light mode)

Good to hear we can help! Good job bro! Small steps, keep it up! Add me on Twitter in case you have one! @joashtubaga